Service Center
Auto Repair You Can Count On!

Why You Need To Protect Your Catalytic Converter 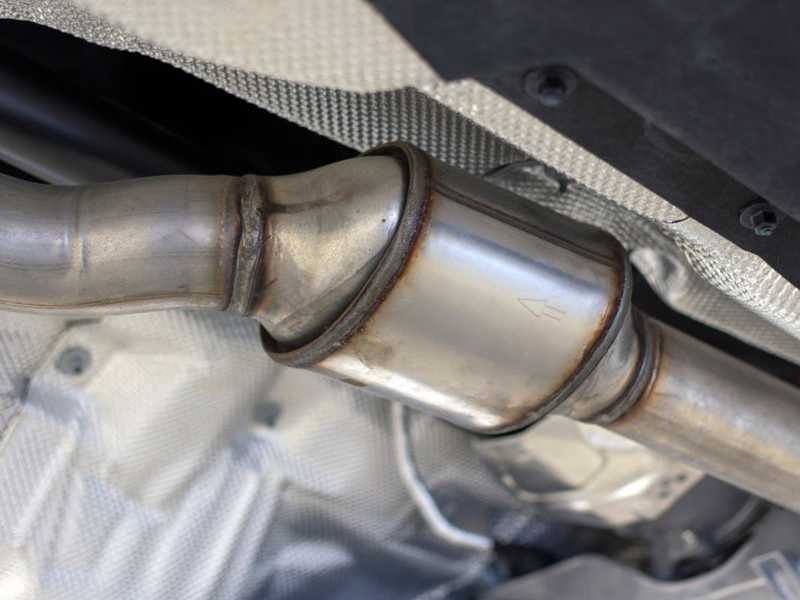 It happens across America every day.

Someone enters their vehicle, on their way to work. They turn the key (or push the start button) and are surprised by THE LOUD SOUND OF AN OPEN EXHAUST PIPE RIGHT UNDER THEIR FEET! What’s going on ??

They’ve just become the victim of a catalytic converter thief. Next to the “grab and go” of the casual thief, it’s the number one item stolen from vehicles today, as many as two thousand each month. Why is there so much interest in stealing this item?

There’s two reasons for these thefts. First, inside a catalytic converter is a band of exotic, valuable metals containing rhodium, palladium, and platinum. Thieves can steal a few converters in a night and have a reasonable payday the very next day. Scrap dealers know the value of these metals by weight, and will pay to obtain it.

Alternatively, thieves can steal a few converters, and then put them up for sale, knowing that victims may not be able to afford the prohibitive cost of a new replacement. A replacement unit can cost from one thousand to four thousand dollars, and even though your insurance will cover the theft, your deductible will apply. There’s even anecdotes of people becoming a victim, buying a used one to replace it, only to find that they’ve bought their own converter back!

Because they are so easy to steal, some entrepreneurs have invented cage devices to deter would-be thieves. The average theft of a converter takes just a couple of minutes, but any way to slow them down will also cause them to move on to a less protected vehicle. Japanese and Korean vehicles are the most popular and easiest to steal, while Ford F-250s and above, and Ram 1500s and above are also a most popular vehicle to lose a converter.

While we can’t prevent every theft, we can help you to deter a thief from choosing your vehicle. Talk to us about protecting your catalytic converter from the casual thief, so you can sleep easy knowing you won’t be a victim.

Don’t Let Potholes Put A Hole In Your Wallet Now That The Holidays Are Over, Show Your Car Some Love There’s a lot Riding On Your Brakes Fuel Mileage Tips to Keep You Going Tax Time Is Here Again, Spend A Little Now On Preventative Maintenance To Save Money For Later Your Car Doesn’t Ask For Much Learning the Basics A Broken Tire Can Shake Things Up Auto Repair: Wondering About Your Warranty? Charging System Info Check-list for safe driving Better Gas Mileage It’s time to review your safety rules for walking to school. Five Maintenance Items You Can Count On in Any Weather Maintenance You Can't See With Proper Care, Your Car Will Get You There Ride the route. Safe Driving For New Drivers Shocks & Struts – Noticing the Signs of Wear April is National Car Care Month: Spring into Action 9 Steps for a Winter Ready Car Summer Driving is a Gas! The Importance of Checking Your Vehicle’s Battery Watch Out: 3 out of 4 Vehicles Need Service Right Now! Auto Repair and Service: What to Expect